Michael Blandy : Chairman of Blandy’s since 2001

“The Group needed to change and this process started during my brother Richard's chairmanship, our ambition being to make a dynamic, modern and forward thinking group yet with a proud history of some 200 years. The Group benefits from the traditional strengths of a family company and has a proven ability to take a long-term view when appropriate. We have been successful in creating joint ventures, because of our proven track record in Portugal and Spain and in part because of our culture of openness and straight dealing. Nothing can remain static in the group and we continually move our thinking forward and in this way adapt to the changing economic circumstances we face. I believe that with our chosen core business the Group is well positioned to take advantage of the future.” 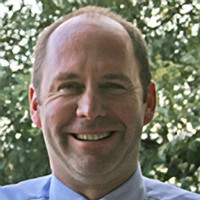 Philip joined Blandy’s in 2005 as Finance Director for Portugal and was appointed CFO in 2006.
"The strengths of Blandy´s 200 Year traditions are clearly evident both in our business culture and our balance sheet. In addition to maintaining strong connections to our roots in Madeira, the Group´s strengths are now being leveraged through key strategic partnerships which are expanding into wider areas. The challenge for the current team is to ensure the strengths of 200 Years of tradition are not only maintained but built upon and enhanced through this expansion. 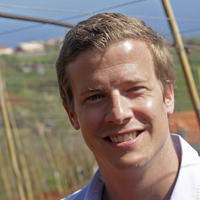 Chris joined the Group in March 2007 after having worked for 2 years at the Willard InterContinental in Washington DC and before that with the Symington Family Estate in Porto. Chris became the Managing Director of the Travel and Shipping Division in 2010 and a full member of the Blandy Group board at the end of 2010.

“Having taken over the responsibility in the group, the reality of today’s market has implied a re-structuring and a re-positioning in all areas, allowing the companies to be in a strong position today and for the future. Continual innovation, and premium products and services are the keys for success in the future.” 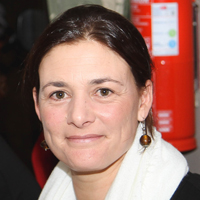 In 2004 Joana joined the Group in 2004 as a director of sales of FUN – Thematic Centre of Funchal, preparing for the opening of the Madeira Story Centre. In 2005 she took over the management the Story Centre up until its closure in 2015.

As from 2010, Joana also took over as CEO of the Group’s property division and became a full Board member at the end of 2014.

"Respecting a past of 200 years we should look to the future with creativity and innovation. Adapt, create and pursue new opportunities. " 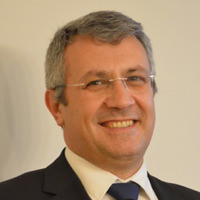 In 2006 Énio joined the Blandy Group as Financial Director of the Travel & Shipping Division subsequently taking on the functions as the Group’s Planning and Reporting Director. In 2014 he was appointed Board member.
"The group, given the dynamism of the surrounding environment, must always be conscious and flexible enough to adapt to new realities without ever forgetting its origins and especially its values.
The challenge is to continue with a solid and adequate financial structure that provides us with a sufficient degree of independence, and with human resources able to identify the opportunities and challenges of the future.”
FaLang translation system by Faboba