The Blandy Group is very proud to have supported these institutions over the past years:

Symington Family Estates and the Blandy Group are pleased to advise that they have reached an agreement whereby Blandys will regain control of the Madeira Wine Company (MWC), producer of the renowned Blandy’s, Cossart Gordon, Leacock and Miles Madeiras, amongst other historic names. Symington Family Estates will maintain a minority shareholding in the MWC and the distribution of Blandy’s and other MWC brands will continue to be undertaken by the Symington’s associated companies of John E Fells in the UK, Premium Port Wines in the USA and Portfolio in Portugal.

Paul Symington, Chairman of Symington Family Estates said: ‘We originally acquired our shareholding in 1989 and there has been a fruitful and friendly partnership for over 20 years during which new methods of wine making were introduced, as well as several marketing initiatives that have helped transform the MWC. It is fitting that the Blandy’s bicentennial should be marked by their re-acquisition of a majority holding in their family’s historic island business. My family wishes to concentrate its efforts on re-building the Cockburn’s Port brand and in managing our vineyards in the Douro as well as other important projects that we have in hand. The close ties of friendship between our two families are stronger than ever and we wish Michael and Chris Blandy every best wish in this new chapter of their family’s history.’

Michael Blandy, Chairman of Blandy’s said: ‘I am delighted that this agreement has been reached in this, our bi-centennial year in Madeira. In this way we re-affirm our commitment to Blandy’s Madeira Wine and the other brands of the Madeira Wine Company. Blandy’s Madeira is the leading quality brand of the island and one in which we have strong belief for the future. This investment demonstrates the Blandy Group´s continued strategic commitment to the economy and society of the Island of Madeira which will be complemented by continued expansion of our hotel investments both across Portugal and Internationally. The association with the Symington family has been friendly and constructive at all times and I am pleased that association will continue as we move ahead and we value their continued participation in the company.’ 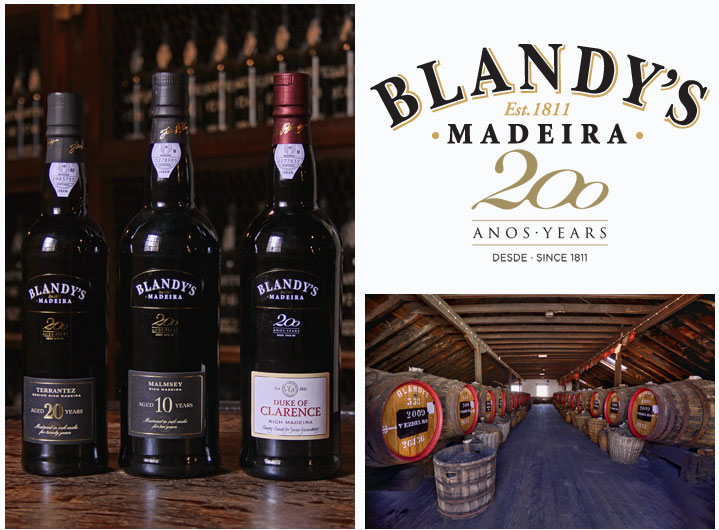